Which dog wins the gold medal for herding sheep? 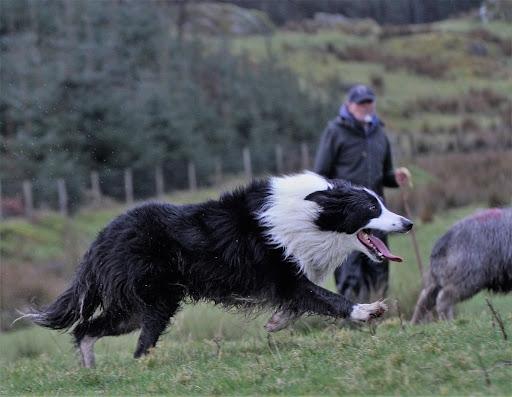 The Olympic Games are finally here again (albeit in a rather surreal way with no spectators) and we will naturally be rooting for Team GB all the way.  There’s a short video on the Tokyo Olympics site which conveys how athletes of every size, shape, gender, age, nationality and ethnicity are all united under the Olympic umbrella.

A shepherd’s faithful workmate, the dog, similarly comes in many forms: long-haired, short-haired, black, white and tanned. In fact the dog perfectly illustrates the Olympic motto “Citius, Altius, Fortius” – Latin for “Faster, Higher, Stronger”.  Dogs are incredibly well-focused animals yet they all have different styles and personalities.

By far the most popular of modern times in the UK is the Border Collie, the familiar black and white dog so often pictured with a shepherd. Widely known for its intelligence it is tremendously quick and uses its eyes to move the sheep. Its speed makes it a real delight to work with. It’s subtle, it really has a presence about it and again loves its work.

By contrast, the German Shepherd has good pace, it runs headlong around the sheep, yet moves them by default. In reality it wants to protect them, to keep them safe from any predators such as wolves or other animals. It naturally has a protective nature hence its development more commonly as a guard dog than a shepherd’s companion.

Then there are the heavyweights, the sumo wrestler types, like the Old English Sheepdogs. They carry a lot more weight, are more robust, yet still have a great ability to be stealthily move sheep. These big fluffy ‘Dulux dogs’ (as they’re often known in the UK thanks to its long-term appearance in the paint brand’s advertising) go bounding out in the field, hair flying everywhere, barking away at the sheep. They love every minute, the more noise the better; they just want to work in a very energetic way and have a very different style to other dogs.

The southern hemispheres have their own breeds: Huntaway and Kelpie each of which again have their own style and suitable strengths for herding vast flocks of sheep in the hot Antipodean climate.

Whatever the breed, the shepherd’s dog is always in the flow. They are just so passionate about getting a job done as well as they can, which make them phenomenal team members. They love what they do, they really want to work with the shepherd and will do all they can to earn praise.

The sheepdog is in the zone – just as we witness in every Olympic event. And this year, a fourth word has been added to the long-established Olympic motto. The word ‘together’ now expands it to “Citius Altius Fortius Communis” partly in response to the pandemic and poignantly reflecting the Tokyo games’ own slogan “United in Emotion”.

When we’re building a team, getting a “pack’ feeling is really important. The camaraderie and sense of togetherness overlaid with a sense of achievement builds the team identity. Everyone working together towards a common goal, whether that’s Olympic Gold, rounding up the sheep or its equivalent in business.